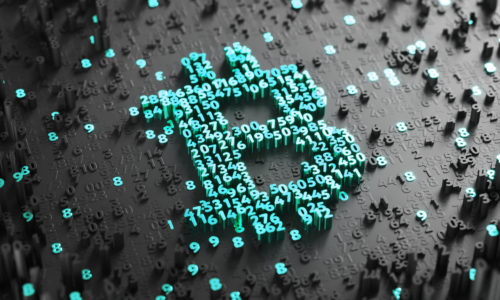 Bitcoin (BTC) has just seen its craziest hour of price action since the weekend, during which the cryptocurrency market rallied by 20%, if not more. For those who missed the memo, or haven’t checked the charts or Crypto Twitter in a hot second, Bitcoin collapsed by over 15% in minutes on Bitstamp, falling from $7,800 to $6,200.
Interestingly, however, most of the downturn was contained to Bitstamp, a Europe-centric exchange, as there existed a $500 to $600 spread between its BTC/USD pair and the same pair on Coinbase. Since our report on the matter, BTC has recovered to $7,300 and has flatlined for the time being.

As the market has settled, some have sought to determine how this rapid drawdown will affect Bitcoin’s short-term prospects, especially in such an unpredictable environment. And per a number of analysts, Friday morning’s move should not only be expected but should be seen as a positive sign. Yes, you read that right.

Related Reading: Bitcoin Flavour of the Week Again: Crypto Back in Mainstream Media

Evidence is mounting that a single actor, or group of entities, catalyzed this move with mere clicks of their mouses. As recently noted by Adamant Capital’s Tuur Demeester, the rapid collapse was led by serious sell orders on Bitstamp. Some have suggested that this was in a bid to manipulate the value of the BitMEX’s perpetual swap for Bitcoin, specifically in an attempt to liquidate the millions of dollars of shorts racking up over recent days and weeks.
As Three Arrows Capital’s Su Zhu suggests, someone tried to exploit BitMEX’s mark price by placing a large sell order on Bitstamp, which the former exchange draws data from to determine its index. Order book history seemingly corroborates this theory, as an entity placed a massive 2,000 BTC sell order at $6,500 on Bitstamp, seemingly in a bid to depress the price for a short period of time.
View image on Twitter

Looks like a mark price exploit by placing a large sell on stamp (1 of 2 oracles for mark on mex) to trigger liquidations on mex.

You would’ve been fine on lvg long on bitfinex which didn’t go below 7k.

92 people are talking about this
Twitter Ads info and privacy
It worked, but Bitcoin has since bounced back on the exchange by over 10%, hinting that there isn’t a large amount of bonafide selling pressure. As Adaptive Capital’s Murad Mahmudov postulates:

“Some person could have also had a massive derivative short position from ~8200, and then used spot physical sells on illiquid Bitstamp to push the price down on MEX, closing in profit at ~6700 and making very quick profits.”

What’s more, many analysts and commentators on Twitter anecdotally stated that they “bought the dip”, confirming that anywhere sub-$7,000 is an accumulation range for traders and investors alike.
It is important to add that such a move is expected, nay, mandated in such frothy market conditions. Analyst Crypto Quantamental notes that during 2017’s jaw-dropping bull market, “these sorts of drawdowns” were entirely commonplace and a near-weekly occurrence. Case in point, in early-December, BTC often saw -20%+ days, and then rebounded to new heights the next day.
View image on Twitter

Crypto Quantamental@CryptoQF
For those that weren’t around in the bull market in 2017, these sorts of drawdowns are normal and to be expected. Bitcoin is insanely volatile and will test your will. I’m not saying we are in a big “BULL”, but if it is, expect this

See below for ~24hr drops in the last bull

Other reasons why some see this move as not entirely bearish is what occurred immediately after. Trader Anton Pagi notes that on Coinbase, Bitcoin’s four-hour chart during the sell-off was the largest seen in 2019. While this isn’t bullish in and of itself, when coupled with the fact that BTC rapidly bounced back above its 50 four-hour moving average and has yet to falter, bullish narratives can be spun.
Prominent researcher Alex Krüger expressed a similar sentiment, noting that he would long at $6,400, hinting that such a level was a local bottom. The fact that BTC bounced rapidly off that level could be seen as a very positive sign.
View image on Twitter 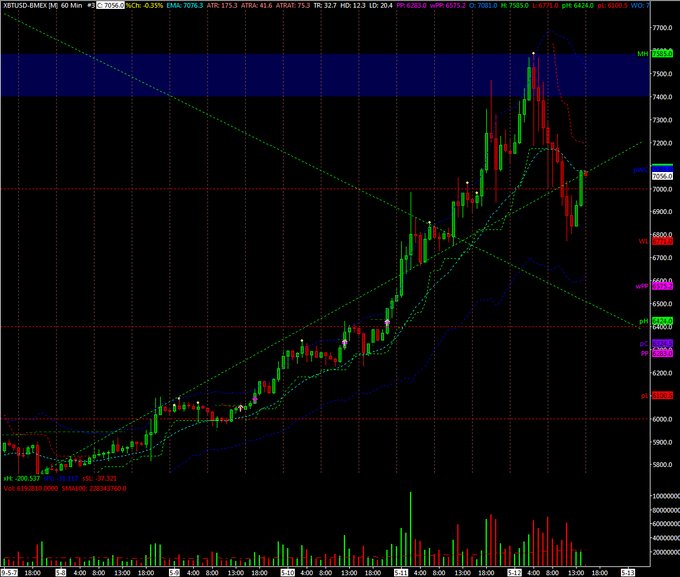 Alex Krüger@krugermacro
I would usually be looking to short this pullback higher. However, to me this is a *longs only* situation. If price gets there, the 6400 area is IMO ideal for longs.

15 people are talking about this
Twitter Ads info and privacy
But what makes this extremely notable is that $6,400 is the region, which is where there was a CME Bitcoin futures gap, often found when markets are imbalanced in terms of buying and selling pressure. Commentator Cantering Clark recently explained that a gap forming at the start of a “major trend reversal”, which BTC might have seen earlier this week, is a sign of a “high-volume bullish shift.”

What puts a cherry on top of the bullish Bitcoin cake is the fact that sentiment remained decidedly bullish before, during, and after the move. Throughout the sell-off, which took twenty minutes tops, everyone and their mother on Twitter were screaming for their followers to “buy the dip”, throwing in expletives and emojis to make a point.
And as Ari Paul of BlockTower adds, during the dip, not a single person in a room of 30 crypto-centric investors and “people” batted an eye. If that doesn’t say much about the sentiment of cryptocurrency investors at the moment, we’re not too sure what else will.

@AriDavidPaul
I’m not sure this dip is bullish, but one interesting datapoint: I was in a room with 30 crypto people and no one batted an eye. Strong underlying confidence. I actually thought my phone app might be broken for a second when the tone in the room didn’t change.

54 people are talking about this

Cryptocurrency wallet and investment app Abra now allows users to connect accounts from “thousands” of U.S. banks, the firm announced Thursday. The expanded bank options come courtesy of an integration with Plaid, a fintech service that enables applications to connect with users’ bank accounts using APIs. Until now, Abra users in the U.S. and EU […]

US State of Nevada Passes Flurry of Blockchain Bills

Nevada passed regulatory sandbox legislation aimed at continuing blockchain investment and entrepreneurism in the state. Governor Steve Sisolak signed the “blockchain bills” on June 7 and 13. These are parcel to a number of bills passed in the state that support the continued growth of financial technology and blockchain. In February of this year Nevada […]