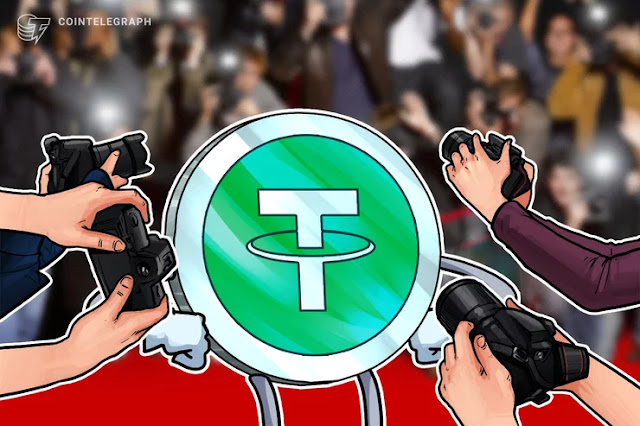 Stablecoin issuer Tether said that it had invested some of its reserves in bitcoin (BTC), according to a court filing obtained by tech-focused media outlet the Block on May 21.
Per the document dated May 16, David Miller, an attorney for Tether’s associated firm Bitfinex, said that Tether invested “a small amount” of Tether’s reserves into bitcoin, specifying that “prior to the April 24th order … Tether actually did invest in instruments beyond cash and cash equivalents, including bitcoin, they bought bitcoin.” Miller further said that Tether made “other investments, including purchasing other assets.”
In response to Miller’s statement, New York Supreme Court Judge Joel M. Cohen doubted the logic of investing a stablecoin in a volatile asset like bitcoin:

“Tether sounded to me like sort of the calm in the storm of cryptocurrency trading. And so if Tether is backed by bitcoin, how is that consistent? If some of your assets are in a volatile currency that Tether is supposed to somehow modulate, that seems like it’s playing into what they are saying.”

Blockchain data provider TokenAnalyst estimates that capital outflows from major crypto exchanges have exceeded inflows by ~$622 million over the past five days, Bloomberg reported on May 15. London-based TokenAnalyst has reportedly based its figure on an analysis of withdrawals and capital inflows on multiple crypto trading platforms — including Bitfinex, BitMEX, Binance and Kraken. While bitcoin (BTC) […]