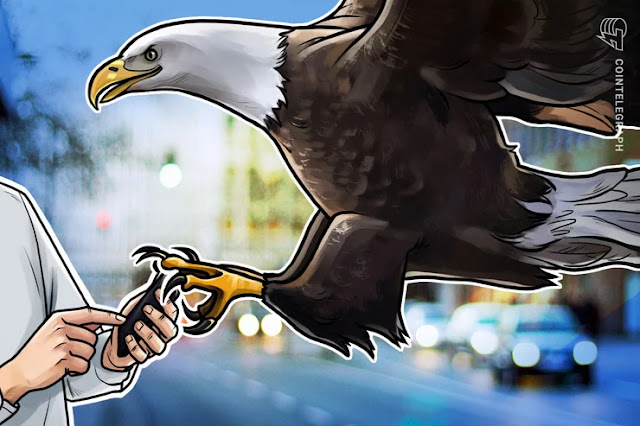 The United States Securities and Exchange Commission (SEC) has halted a confirmed cryptocurrency Ponzi scheme after it took funds worth $30 million, the regulator confirmed in a press release on May 21.
The principal behind Argyle Coin, Jose Angel Aman, is now subject to legal action for running a Ponzi scheme using funds he gained from investors in his alleged diamond resale outfit.
Aman had previously drawn suspicion over similar diamond-related companies, each promising investors huge returns through the reselling of wholesale diamonds. Argyle Coin, it was claimed, had full backing in the precious stones.
“As alleged, Aman operated a complicated web of fraudulent companies in an effort to continually loot retail investors and perpetuate the Ponzi schemes as well as divert money to himself,” Eric I. Bustillo, director of the SEC’s Miami Regional Office, commented in the release.  He added:

“The SEC’s diligent investigative work uncovered the Ponzi schemes and our goal is to bring justice to the harmed investors.”

Fraudsters have been adding fake cryptocurrency wallets to the Google Play store in an attempt to cash in on rising bitcoin (BTC) prices, ESET antivirus researchers claimed on May 23. One malicious app imitated the hardware wallet Trezor — and the investigation found that the software had ties to another fake app that has the potential to scam unsuspecting users out of money. While the app’s […]

Brazil Shuts Down Cryptocurrency Pyramid Scheme That Defrauded 55,000 of $200 Million

Brazillian police have arrested ten people suspected of operating a cryptocurrency pyramid scheme worth 850 million reals ($210 million), local news media outlets including Correido Do Povo reported on May 21. As part of Operation Egypto, a swoop dedicated to unearthing unsanctioned financial schemes, Brazil’s tax agency joined police in orchestrating a crackdown on the figures behind Indeal, who they say amassed funds […]