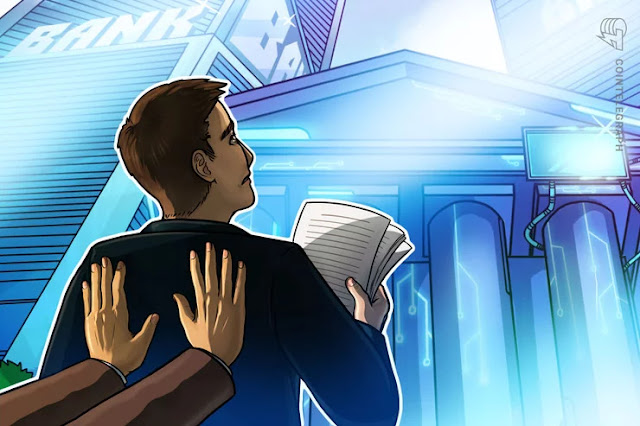 The Intercontinental Exchange (ICE) is reportedly taking steps to ensure approval from the United States Commodity Futures Trading Commission (CFTC) for its bitcoin futures contracts platform — Bakkt. ICE, the operator of the New York Stock Exchange (NYSE), recently acquired a cryptocurrency custodial service and are mulling plans to register Bakkt as a licensed trust in the state of New York.
If successful, these latest moves would see Bakkt become a registered bitcoin (BTC) custody platform. Recent reports also indicate that the company is in partnership with Bank of New York (BNY) Mellon for the storage of cryptocurrency security keys.

As reported by Cointelegraph on Monday, April 29, 2018, Bakkt’s parent company, ICE, acquired Digital Asset Custody Company (DACC) — a cryptocurrency custodial platform. Adam White, chief operating officer of Bakkt, said the acquisition was an important cog in the wheel of the company’s plans to launch its physically backed bitcoin futures contracts.
DACC offers native support for 13 blockchains, as well as more than 100 assets. According to the announcement, the DACC CEO and other team members will be assimilated into the Bakkt operational structure.
The DACC purchase is the second such acquisition by Bakkt. Back in January 2019, the ICE subsidiary acquired back office assets belonging to the Rosenthal Collins Group (RCG) — an independent futures commissions merchant.
Announcing the DACC acquisition via Bakkt’s Medium account, White explained:

By acquiring DACC, it appears Bakkt is pushing even further with its goal of becoming the foremost institutional-grade cryptocurrency platform far beyond offering physically backed bitcoin futures. The purchase sees the ICE subsidiary positioning itself for cryptocurrency custodial status.
Many commentators in the industry have consistently identified the emergence of trusted cryptocurrency custodial platforms as an important requirement for a more broad-based institutional adoption of the asset class. Cryptocurrency companies like Coinbase and Goldman Sachs-backed Circle have launched custody platforms for digital assets.
Bakkt’s DACC purchase is part of a grander ambition to become a certified cryptocurrency custodian. ICE is reportedly looking to have the company registered as a trust in the state of New York.
If successful, Bakkt would have the legal authority to act as a qualified custodian for bitcoin and other digital assets. Such a move, the company hopes, would smoothen the CFTC approval process.
As part of its plan to offer robust cryptocurrency custody solutions, Bakkt is partnering with BNY Mellon to establish private key storage in multiple geographic locations. Back in 2018, the global banking behemoth announced plans to begin offering cryptocurrency custodial services.

However, the change from “warehousing” digital assets to physical custody brings up questions about whether Bakkt is employing a change in its strategy. In response, Loeffler speaking to Fortune, said:

“There is no pivot. From the ground up what ICE has been building for two years is the safest version of a custody solution for digital assets.”

Loeffler’s comments aside, the original Bakkt application filing shows the company offering physically settled bitcoin futures contract with the physical delivery carried out via “warehousing,” as opposed to physical storage of the underlying asset.
On the technical side, Bakkt’s approach to bitcoin futures bodes well from a price discovery standpoint but runs into issues when it concerns regulations. With Bakkt offering bitcoin futures contracts settled not in cash like CBOE or CME but in the underlying asset, there seem to be issues with balancing the various regulatory hurdles that need to be surmounted.
The typical regulatory paradigm for derivatives trading in the U.S. involves a two-pronged approach of federal and state laws. The CFTC oversees exchange entities, clearing houses and the commodity being traded, while state regulators are in charge of the institutions that have custody of the underlying asset or other financial instruments.
Thus, within this bifurcated regulatory paradigm, Bakkt’s plan of warehousing bitcoin via its parent company’s clearing house runs into a few regulatory snaps, chief of which is the fact that ICE isn’t a bank. The usual state-regulated custodian as recognized by the 1936 Commodity Exchange Act is a registered trust or a bank.
Section 5b, clauses vi and vii of the Commodity Exchange Act: Settlement Procedures states:

“(vi) Regarding physical settlement, establish rules that clearly state each obligation of the derivatives clearing organizations with respect to physical deliveries; and (vii) ensure that each risk arising from an obligation described in clause (vi) is identified and managed.”

Usually, when such a regulatory gray area emerges, an agreement could be reached to grant an exemption, allowing Bakkt to use ICE’s clearing house infrastructure for its bitcoin contract. However, there is a major hindrance that could theoretically stand in the way of such an arrangement.
To understand this hindrance, it is important to briefly describe how clearing houses work. As third-party intermediaries, clearing houses stand in the gap between buyer and seller to ensure the completion of the derivatives transaction, while keeping both parties in line with their respective part in the deal.
The various constituent firms of the clearing house divvy up the risk involved in the transaction in a process called “risk mutualization.” In this arrangement if “constituent A” of the “XYZ clearing house” were to hold bitcoin, the other member firms would be open to the mutualized risk of BTC price fluctuation.
There is a plausible scenario in which constituent firms of the ICE clearing house might not be open to one of its members holding BTC as part of the settlement process for Bakkt’s bitcoin futures contracts. A significant swing in the price of bitcoin during the transaction process could see these members firms incur negative interest rates on their own “custodied” commodity futures.

Getting over the CFTC approval finish line

Originally earmarked for launch in December 2018, concerns over proper customer onboarding and warehousing for the bitcoin futures contracts caused the plans to be shifted to 2019. ICE released a press statement in November 2018 announcing the shifting of the launch date to January 2019.
However, Bakkt failed to obtain the CFTC approval, which led to another postponement. According to reports, the major concern for the U.S. regulator was the company’s plan to settle bitcoin futures contracts via the ICE Clear US (ICUS) — a CFTC-regulated exchange and clearing house.
Recently, the CFTC has increased its oversight on clearing houses as part of its efforts to protect investors in the derivatives market.
On Wednesday, May 1, 2019, CFTC Chairman J. Christopher Giancarlo, testifying before the House Committee on Agriculture Subcommittee on Commodity Exchanges, Energy and Credit, said:

Given the novel nature of cryptocurrencies as an asset class, the CFTC likely feels that such plans fall into a gray area from a regulatory standpoint. Thus, the commission has been consistent in its insistence that Bakkt develop a more robust infrastructure for holding bitcoin and settling bitcoin futures contracts.
While not directly referencing Bakkt or ICE, the CFTC chairman also commented about cryptocurrency-related companies applying for licenses to operate clearing houses. Speaking on the matter, the CFTC chair declared:

While stating the commission’s commitment to upholding robust regulatory standards, Chairman Giancarlo reiterated the CFTC’s aim of promoting innovation. The CFTC chairman, did, however, admit that regulators face numerous challenges in trying to adapt decades-old laws to novel digital asset classes.
Cointelegraph reached out to both Bakkt and the CFTC for comments on the matter. Damon Leavell, the senior director of communications and marketing at ICE Americas, told Cointelegraph that the Bakkt team remains focused on building the business but declined to provide further comments. The CFTC has yet to provide any response to Cointelegraph’s request for comments.
Despite the absence of official comments from both Bakkt and the CFTC, it appears the company’s initial custody plans have played a major part in the delays and postponements. Given the recent announcements and acquisitions, it appears Bakkt is trying to rectify these issues by pushing for self-certification as a cryptocurrency custodian.
ICE Pushes for Bakkt Bitcoin Custody License — CFTC Approval Imminent? BEST WALLET, bitcoin cash wallet, bitcoin wallet, btc wallet, buy bitcoin, buy cryptocurrency, coin wallet, crypto wallet cryptocurrency wallet, Digital Wallet, ether wallet, ethereum wallet, safest wallet, secure crypto wallet, usd to bitcoin , blockchain, block chain, blockchain wallet, what is blockchain, blockchain info keywords bitcoin price ethereum price bitcoin news coinmarketcap BTC price coinbase bitcoin

Funds Are SAFU, but Reorg Is Not: What We Know About the Binance Hack So Far

Binance, one of the world’s largest cryptocurrency exchanges, experienced a “large scale” data breach on May 7. The hackers reportedly stole around 7,000 Bitcoin (BTC), worth more than $40 million as of press time. As the platform explained via a public statement, the fraudsters had managed to steal users’ application programming interface (API) keys, two-factor authentication (2FA) codes and other […]

United States $7 trillion investment firm Fidelity will reportedly roll out bitcoin (BTC) trading for institutional clients in the coming weeks, Bloomberg reported on May 6. Citing a source who asked to remain anonymous, the publication revealed Fidelity’s cryptocurrency-focused spin-off, Fidelity Digital Assets, would be adding to the existing range of services. The subsidiary launched in October 2018 and has offered cryptocurrency custody […]