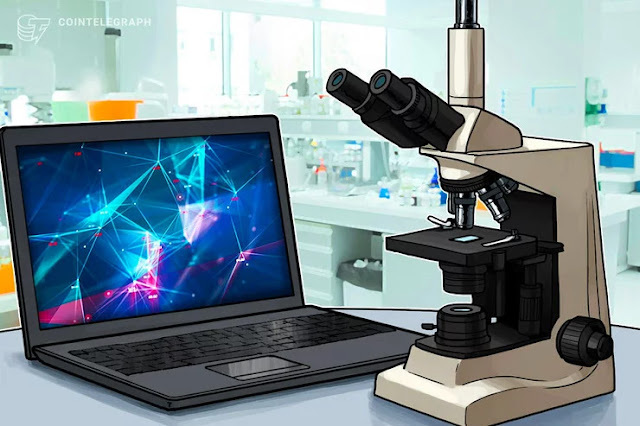 The government of the German state North Rhine-Westphalia (NRW) announced plans to establish the European Blockchain Institute to research blockchain technology in a press release on May 13.
According to NRW Economics Minister Andreas Pinkwart, the European Blockchain Institute will be founded in the city of Dortmund later this year, inside the Fraunhofer Institute for Material Flow and Logistics (IML).
The press release says that critics of blockchain have voiced concern over the amount of energy consumed by mining bitcoin (BTC). Pinkwart addressed these concerns and praised the benefits of blockchain tech, saying:

“This technology can be safe, decentralized, affordable and, when used properly, not too energy-intensive.”

According to the press release, Europe is behind the United States in blockchain advancements and “has to catch up,” which is a goal that NRW hopes to lead the way in achieving.
As reported by Cointelegraph, Ripple’s Director of Regulatory Relations Ryan Zagone commented at Consensus 2019 on the need for the U.S. to lead the way in implementing blockchain and crypto infrastructure:

“There is a broad discussion in Washington around 5G being dominated by foreign firms and the U.S. being reliant on foreign technology and foreign expertise… With blockchain and crypto, I think there’s a recognition now that these will be part of our future infrastructure… It’s important both for national security and from an economic perspective, that the U.S. is a leader in that.”

Over several hours on May 3, the price of bitcoin spiked from around $5,300 to over $5,700 in major markets, allowing the crypto market to gain more than $7 billion in a single day. Most crypto assets in the global market have substantially surged in value in the past week Source: Market visualization from Coin360 Major crypto assets […]