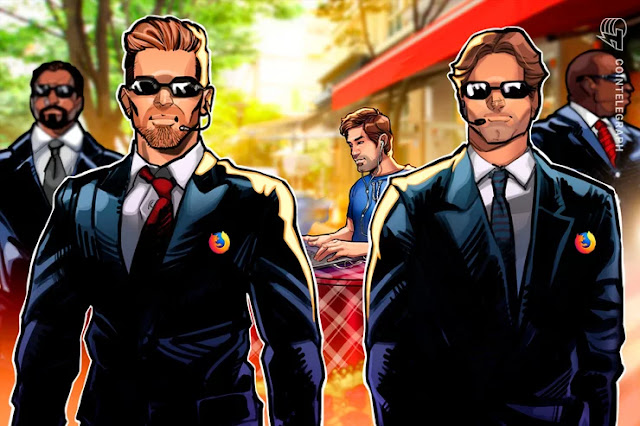 Firefox Quantum, the latest version of open-source internet browser Firefox, has a new privacy toggle that protects against cryptojacking, according to a blog post by Mozilla on May 21.
Mozilla previously warned official blog post that websites can deploy scripts that launch a crypto miner on a user’s machine without them being aware — a practice known as cryptojacking.
To combat these exploitative practices, Mozilla partnered with online privacy company Disconnect to create a crypto mining blocker for their browser. Users can now toggle an opt-in feature, that purportedly blocks would-be cryptojackers from taking advantage of spare computing power to mine cryptocurrencies.
Mozilla initially announced that it would block cryptojacking in new browser releases in August 2018. As per a report by Cointelegraph, Firefox featured cryptojacking protection in its Firefox Nightly 68 and Beta 67 versions this April, just prior to the launch of Quantum.
Firefox Quantum also aims to mitigate the practice of so-called “fingerprinting,” which makes a sort of digital fingerprint of a user that is employed to monitor their activities on the internet.
Cryptojacking at the consumer level was called “essentially extinct” by cybersecurity company MalwareBytes on April 23. According to the report:

“Marked by the popular drive-by mining company CoinHive shutting down operations in early March, consumer cryptomining seems to have gone the way of the dodo. Detections of consumer-focused bitcoin miners have dropped significantly over the last year and even from last quarter, while business-focused miners have increased from the previous quarter, especially in the APAC region.”

According to the report, consumer malware detections have gone down by approximately 40%. Businesses, however, are being targeted more heavily by cryptojacking attempts, with
Business detections increasing by about 7% during the first quarter of 2019.

The number of wallets holding between 1,000 and 10,000 bitcoin (BTC) has seen a sharp increase since the crypto market bottomed this winter, indicating significant accumulation during the price dip. The analysis was published in a new report from weekly crypto outlet Diar on May 28. Diar’s analysis begins by comparing bitcoin’s distribution landscape today with data […]