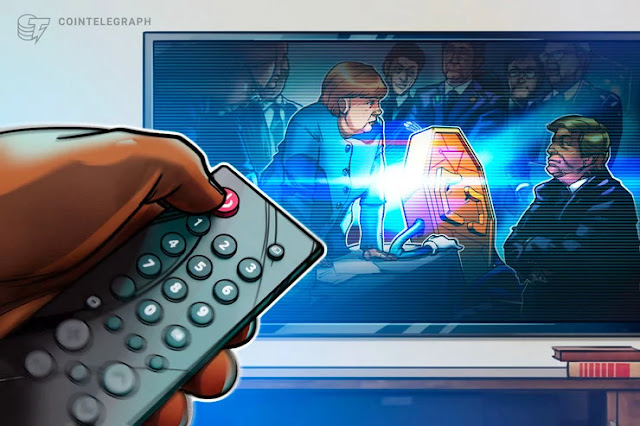 America’s largest cryptocurrency exchange, Coinbase, is shifting its focus to serve the needs of a growing interest in crypto by institutional investors. This is the narrative coming from the company after some changes in the last 10 days.
Firstly, news broke last week that Coinbase had filed to close its Political Action Committee (PAC) with the American Federal Election Commission (FEC).
A quick look at the filing and balance sheet shows that Coinbase’s PAC did not receive any funding and made no payments in 2019.
According to FEC regulations, a termination report needs to be filed by a PAC in order for it to close down. Part of those conditions need to show that the PAC has neither received nor intends to receive any contributions/make any payments.
Following that, Coinbase confirmed that it had closed its Chicago office in a move to scale down its high-frequency trade matching engine.
Cointelegraph reached out to Coinbase for official comment on both matters and the company has confirmed that it is carrying out some changes to its business focus.

What is a PAC?

In America, Political Action Committees are set up as independent organizations that collect funds that are then donated to political campaigns.
Coinbase set up its PAC in July 2018 and subsequently became a founding member of the Blockchain Association in September. The group was the first to lobby for the interests of the blockchain industry in Washington, D.C.
Coinbase was not the only benefactor, however, with other members including technology startup Protocol Labs, the Digital Currency Group and Polychain Capital.
In a reply to Cointelegraph, Coinbase Director of Communications Elliott Suthers would not divulge why the company had initially setup the PAC nor the main reason why it has now decided to shut down the group less than a year after it was initially created.

Coinbase scaling down on trading focus?

Recently, Coinbase also closed its Chicago office as part of scaledown of its high-frequency trade matching engine.
Initial reports suggested that 30 employees would be laid off in the move, while others would be allowed to work remotely or be relocated to other offices.
It is understood that Coinbase is dialling down its focus on high-frequency trading as it looks to develop new product offerings.
Suthers told Cointelegraph that the company is making a concerted effort to meet the needs of a growing number of institutions that are lining up to enter the crypto ecosystem:

“Institutional is one of our fastest growing businesses and institutional customers are driving a lot of growth for us right now. We currently serve a broad spectrum of institutions from asset issuers and crypto funds at one end to university endowments and pension funds at the other. We want to be the first name any institution thinks of for crypto.”

Suthers says Coinbase is looking to build the features and services being demanded by its customers, including independent consumers, professional traders and institutions:

“We’re going to keep making bigger bets as a company, knowing full well that not all of them succeed.”

Coinbase has built up a broad spectrum of institutional customers, ranging from asset issuers and crypto funds to university endowments and pension funds at the other end of the scale.
Suthers says that the company has seen growth from its over-the-counter desk, which was launched in November 2018. According to Suthers, its custody business currently stores more than $700 million in customer assets.
Coinbase Pro now has 44 actively traded order books and has users across 53 countries at the moment.

The comments from Coinbase come at an interesting juncture following the news of a meeting in January that was attended by the heads of top cryptocurrency exchanges around the world.
According to Bloomberg, more than 20 members from various exchanges — including Coinbase, Binance and Galaxy Digital — met in Singapore in January to discuss how cryptocurrencies and digital assets could be included in the global financial architecture.
It’s understood that Standard Chartered executive Hoe Lon Leng set up the talks, which were primarily focused on setting up a clearing house for cryptocurrency derivative trading.
The main reason for this is to reduce trade costs and increase trade volumes. The report says the clearing house will be known as the Liquidity Offset Network, which could go live and be regulated by the Singapore Monetary Authority in July 2019.
Coinbase Shifting Focus Due to Growing Institutional Investor Interest in Crypto BEST WALLET, bitcoin cash wallet, bitcoin wallet, btc wallet, buy bitcoin, buy cryptocurrency, coin wallet, crypto wallet cryptocurrency wallet, Digital Wallet, ether wallet, ethereum wallet, safest wallet, secure crypto wallet, usd to bitcoin , blockchain, block chain, blockchain wallet, what is blockchain, blockchain info keywords bitcoin price ethereum price bitcoin news coinmarketcap BTC price coinbase bitcoin

Galaxy Digital CEO Michael Novogratz said that he expects bitcoin (BTC) to beat its all-time-high price within 18 months. Novogratz made his remarks during an interview with mainstream media CNN published on May 9. During the interview, Novogratz also said that he believes that $6,000 is probably a stall point, and the next one will be $10,000. Moreover, he […]