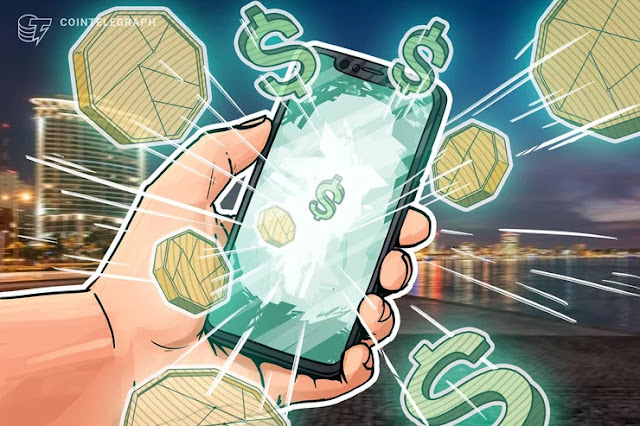 Stablecoin project Reserve announced that it will launch a crypto-fiat payments app in Venezuela and Angola in a press release shared with Cointelegraph on May 12. In the same announcement, the firm revealed that it is listing its separate utility token, Reserve Rights (RSR), on major exchange Huobi Global’s token sale platform, Houbi Prime.
Per the press release, the project’s stablecoin app — to be launched for Android users via Google Play “in the coming weeks” — will enable people and businesses to switch back and forth from their local fiat currency to the firm’s stablecoin, the Reserve Dollar (RSD). According to the announcement, RSD is a decentralized, United States dollar-pegged cryptocurrency.
Nevin Freeman, co-founder and CEO of Reserve, told Cointelegraph that the reason the app is launching in Venezuela in particular is linked to the extreme level of inflation in the country, noting:

“A lot of people, including some of our investors, discouraged us from starting in Venezuela. [..] The hyperinflation there is the exact problem that Reserve is built to fix, and Venezuela is suffering the most inflation of anywhere in the world right now, so we felt that it had to be done.”

The press release claims that there are currently 16 countries with annual inflation greater than 20%, but that the situation in Venezuela is particularly troubling, with the Venezuelan bolivar losing nearly 10% of its value every day.
As Cointelegraph reported in February, the deepening of the country’s currency crisis has seen increased use of bitcoin (BTC) and other cryptocurrencies in the region. Near the end of December, dash (DASH) celebrated the 2,500th merchant in Venezuela to accept the coin as payment. Back in August 2018, it could boast of only 1,000 merchants that accepted the crypto.
Reserve also reported that it has landed a partnership in Angola with 7Mobile Africa — reportedly the largest mobile importer in the country — to pre-load the app on all its shipped smartphones.
As Cointelegraph reported in June last year, in addition to Coinbase, the project has received backing from major venture capital names, such as Peter Thiel, Sam Altman, Digital Currency Group, Arrington XRP Capital, Distributed Global and GSR.IO, among others.
Huobi is currently the world’s 9th largest crypto exchange by adjusted daily trade volumes, seeing over $2 billion in trades on the day to press time.In February news broke that the Venezuelan government had introduced regulations for crypto remittances within the country. According to the new requirements, the state has set out monthly limits and commissions, payable to the National Superintendency of Crypto Assets and Related Activities, on cryptocurrency remittances.
Coinbase-Backed Stablecoin Startup Reserve to Launch ‘Venmo Style App’ in Venezuela BEST WALLET, bitcoin cash wallet, bitcoin wallet, btc wallet, buy bitcoin, buy cryptocurrency, coin wallet, crypto wallet cryptocurrency wallet, Digital Wallet, ether wallet, ethereum wallet, safest wallet, secure crypto wallet, usd to bitcoin , blockchain, block chain, blockchain wallet, what is blockchain, blockchain info keywords bitcoin price ethereum price bitcoin news coinmarketcap BTC price coinbase bitcoin

Time to Chain Up: Is Blockchain About to Change the Gaming Industry?

The gaming industry has grown dramatically in recent years, partially because the world of video games is keeping up with the latest technological advances and even tries to get ahead of them. As such, it couldn’t bypass the blockchain. It’s not surprising that, from time to time, gaming companies announce the development of games based on […]

View Bitcoin’s price hit fresh six-month high earlier today, further strengthening the case for a rally to $6,500 (100-week moving average). BTC may witness a pullback to levels near $6,100 before rising toward that level, though, according to the hourly chart. A bull flag breakout on the total market capitalization chart for all other cryptos, […]