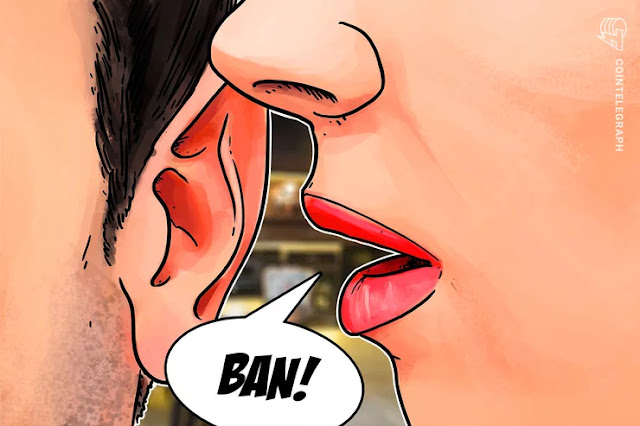 The central bank of Laos has warned the public against the use, purchase or sale of digital currencies, local news outlet Vientiane Times reported on May 21.
The Bank of the Lao PDR has issued a warning to financial market participants and the public against cryptocurrency transactions as they are considered illegal in the country. The bank previously banned financial institutions from conducting any operations with cryptocurrencies, as well as making investments in such an asset.
The bank is purportedly concerned about the anonymity of the sender and receiver in a cryptocurrency transaction, which it worries increases the risk of digital assets’ use in money laundering. A source familiar with the matter told Vientiane Times that authorities do not have a relevant security system to protect cryptocurrency owners.
While some countries like, Canada, Malta and Switzerland have embraced the new asset class to varying degrees, officials around the globe are still expressing skepticism toward crypto, while some hardliners call for outright bans.
In the United States, where the legal status of crypto can vary state-to-state, California Congressman Brad Sherman recently called for a full ban on cryptocurrencies. Sherman claimed that crypto presents a threat to the power of the U.S. dollar to affect world economic developments.
In April, Cointelegraph reported that the Indian government was considering a complete ban of cryptocurrencies under the Prevention of Money Laundering Act since it could purportedly be used for money laundering. The Ministry of Corporate Affairs reportedly stated that cryptocurrencies are used in fraudulent schemes to “defraud gullible investors”.
That same month, news broke that Pakistan — which banned cryptocurrency trading last April — is implementing new cryptocurrency regulations in an effort to improve its track record in fighting financial crime. The move was reportedly in part a reaction to demands from international monitoring body the Finance Action Task Force, which has repeatedly voiced concerns about cryptocurrencies’ role in terrorist financing.