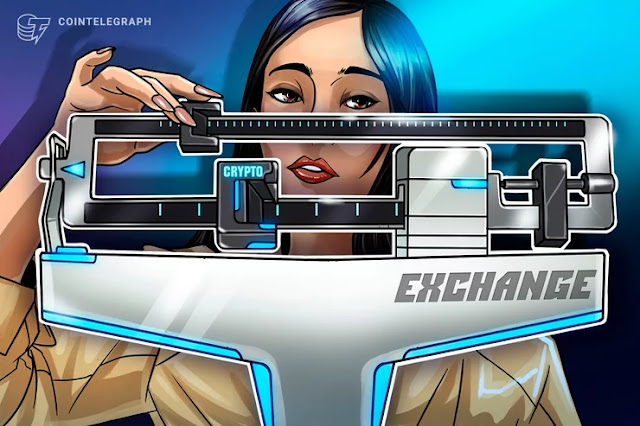 Blockchain data provider TokenAnalyst estimates that capital outflows from major crypto exchanges have exceeded inflows by ~$622 million over the past five days, Bloomberg reported on May 15.
London-based TokenAnalyst has reportedly based its figure on an analysis of withdrawals and capital inflows on multiple crypto trading platforms — including Bitfinex, BitMEX, Binance and Kraken.
While bitcoin (BTC) continues to rally and hit multi-month highs, Bloomberg’s report also makes the claim that its strong price performance may in part be inflated by recent capital flight from investors unsettled by the spate of controversies affecting crypto exchange Bitfinex and affiliated USD stablecoin issuer Tether.
As reported, the New York Attorney General’s office (NY OAG) has recently accused Bitfinex of having lost $850 million in user deposits, and secretly covering up the shortfall using funds from Tether — the latter of which has itself come under renewed criticism for being backedonly 74% by USD reserves. Both companies have rebuffed the allegations and have contested the NY OAG’s injunction order.
Bloomberg further cites TokenAnalyst’s data, which reportedly reveals that Bitfinex has had net outflows of over $1.7 billion in bitcoin and ether (ETH) since April 26 — the date of the NY OAG’s court filings. It also claims that bitcoin traded at a premium of as high as 6% in the controversy’s fallout — even as other coins saw losses given tether’s (USDT) prevalence as an intermediary asset throughout markets.
Bloomberg states that the premium broke this week, after reports that Bitfinex had successfully raised $1 billion in fresh investment via a private token sale of new native exchange LEO tokens.
John Griffin — a finance professor at the University of Texas at Austin — told Bloomberg that “since Tether is insufficiently backed, it means that some of the reserves backing customer assets on exchanges are likely insufficient.” He thus noted that:

“Smart customers will not custody their funds on exchanges and pull their crypto off exchanges. This could put further upward pressure on Bitcoin prices as one would rather take fake money and exchange it to Bitcoin.”

Over several hours on May 3, the price of bitcoin spiked from around $5,300 to over $5,700 in major markets, allowing the crypto market to gain more than $7 billion in a single day. Most crypto assets in the global market have substantially surged in value in the past week Source: Market visualization from Coin360 Major crypto assets […]

American crypto investment manager Bitwise released a paper claiming that fake trading volumes by crypto exchanges do not impact bitcoin’s (BTC) price. Released on May 24, the white paper is an extended version of Bitwise’s March presentation alleging that 95% of volume on unregulated exchanges is fake. Published on the official website of the United States Securities and Exchange Commission (SEC), the new white paper is based […]