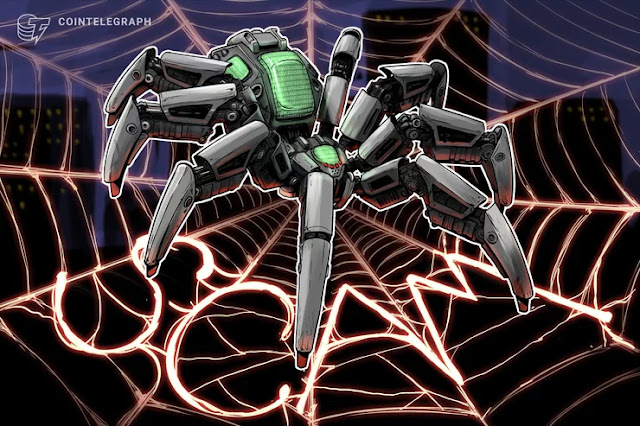 Blockchain startups RepuX and JoyToken have reportedly pulled a joint initial coin offering (ICO) exit scam, according to an exposé by Hard Fork of The Next Web (TNW) on May 16.
RepuX and JoyToken reportedly ran their ICO promotions during March and April of 2018, and are now walking away with $4.7 million and $3.3 million, respectively. As far as the startups’ stated plans were concerned, Hard Fork reports:

“RepuX claimed that it was trying to build what it called a ‘blockchain-powered data marketplace,’ while JoyToken was trying to create a decentralized gambling platform, powered by its own JOY token.”

The United Kingdom offices for these organizations reportedly closed earlier this week. Additionally, the websites and Telegram channels associated with the startups have been shut down, and neither of their Twitter accounts have posted since last year.
The CEO of JoyToken, Andrew MacDonald?, had previously called RepuX a “sister company” in an official twitter post at the beginning of 2018. The projects also shared two of the same advisors, Lee Murphy and Mateusz Mach, according to the ICO database ICObench.
The two organizations also initially secured community management from the same crypto-centric marketing solutions website, AmaZix, but were purportedly cut off from the platform when they refused to pay their promoters the amount agreed upon. In a forum announcement about the discontinued relationship, AmaZix said:

“The ICO teams have stated that because of the lower than expected results in their token sales they are no longer willing to pay out the originally allocated amount to the bounty participants.”

French crypto hardware firm Ledger will provide its technology to American paymentsstartup Uphold to improve security, according to a press release shared with Cointelegraph on May 13. Formerly known as Bitreserve, Uphold will reportedly incorporate Ledger’s institutional custody platform Ledger Vault to boost its anti-hack protection by adding an additional layer of security. J. P. Thieriot, co-founder and CEO of Uphold, said that Ledger Vault integration […]