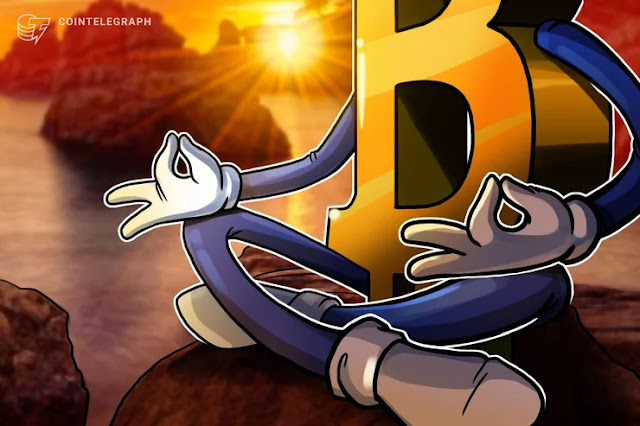 American crypto investment manager Bitwise released a paper claiming that fake trading volumes by crypto exchanges do not impact bitcoin’s (BTC) price. Released on May 24, the white paper is an extended version of Bitwise’s March presentation alleging that 95% of volume on unregulated exchanges is fake.
Published on the official website of the United States Securities and Exchange Commission (SEC), the new white paper is based upon the research that Bitwise Asset Management presented to the SEC on March 17, 2019, as specified in the document.
In the white paper, Bitwise reiterated the main points from the presentation released in March, including evidence that almost 95% of reported trading volumes in bitcoin by exchanges are fake or non-economic in nature.
However, the new report also proves that those fake volumes do not affect price discovery in the real bitcoin spot market. The white paper demonstrates that effective arbitrage systems keep accurate prices on real global bitcoin spot exchanges, eliminating sufficient pricing discrepancies “in a matter of seconds.”
As part of the research, the new white paper also reiterates the fact that a great number of advances and tools in the bitcoin market, such as the launch of regulated bitcoin futures, the entry of large algorithmic market makers and bitcoin custody improvements, “dramatically improve the efficiency” of BTC markets.
The research also cites data from popular crypto analytics website CoinMarketCap, arguing that the volume numbers reported by the website and other data aggregators in the industry are “surprising because they are wrong.” Bitwise state that CoinMarketCap data are “wildly inflated” by a mix of fake volume and wash trading that “dramatically skews the public’s view of the bitcoin market in a negative way.”
Earlier today, crypto media outlet The Block published its own research stating that up to 86% of total reported crypto trading volume is “likely fake,” based on correlation with exchanges’ websites traffic.
Following Bitwise’s fake volumes report in March, CoinMarketCap promised to rearrange rankings of member exchanges.
On May 1, CoinMarketCap announced an alliance called the Data Accountability & Transparency Alliance to provide “greater transparency, accountability, and disclosure from projects in the crypto space.” At the time, the firm warned that it will remove crypto exchanges from its calculations if they fail to provide obligatory data by June. Cointelegraph has recently released a follow up on the matter.
Bitwise White Paper: Fake Trading Volumes by Exchanges Do Not Impact BTC Prices BEST WALLET, bitcoin cash wallet, bitcoin wallet, btc wallet, buy bitcoin, buy cryptocurrency, coin wallet, crypto wallet cryptocurrency wallet, Digital Wallet, ether wallet, ethereum wallet, safest wallet, secure crypto wallet, usd to bitcoin , blockchain, block chain, blockchain wallet, what is blockchain, blockchain info, keywords, bitcoin price , ethereum price , bitcoin news, coinmarketcap , BTC price, coinbase, bitcoin, Scam News, BTC

Copyright Registrations Do Not Recognize Craig Wright as Satoshi Nakamoto

Copyright registrations for the Bitcoin white paper and the bitcoin (BTC) source code by the United States Copyright Office do not mean that Australian computer scientist Craig Wright is recognized as Satoshi Nakamoto by the government, the Financial Times reported on May 22. The development follows news that Wright filed copyright registrations for the Bitcoin white paper authored under the pseudonym Satoshi Nakamoto. A news release from May […]