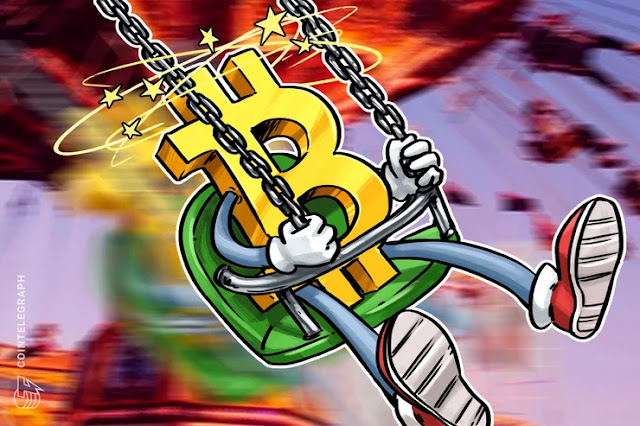 Strategists from United States banking giant JPMorgan Chase (JPM) have argued that bitcoin(BTC)’s recent rally has ostensibly soared past what they calculate to be its intrinsic value. Their analysis was reported by Bloomberg on May 20.
The strategists — who reportedly include JPMorgan global market strategist Nikolaos Panigirtzoglou —  judge that the top coin has recently been trading in a way that mirrors its late 2017 rally, which preceded a protracted price slump.
To ascertain the coin’s intrinsic value, the strategists reportedly analyzed bitcoin as a commodity and calculated its cost of production based on parameters such as estimated computational power, electricity costs and hardware energy efficiency, Bloomberg notes. They reportedly stated:

“Over the past few days, the actual price has moved sharply over marginal cost. This divergence between actual and intrinsic values carries some echoes of the spike higher in late 2017, and at the time this divergence was resolved mostly by a reduction in actual prices.”

Bitcoin — which has seen a renewed lease of life since April — has traded as high as almost $8,300 within the last week — having traded sideways below $5,000 throughout February and March. In mid-December 2018, the top coin had traded below the $3,300 mark — with its current price point thus representing a roughly 150% gain over its bear market lows. 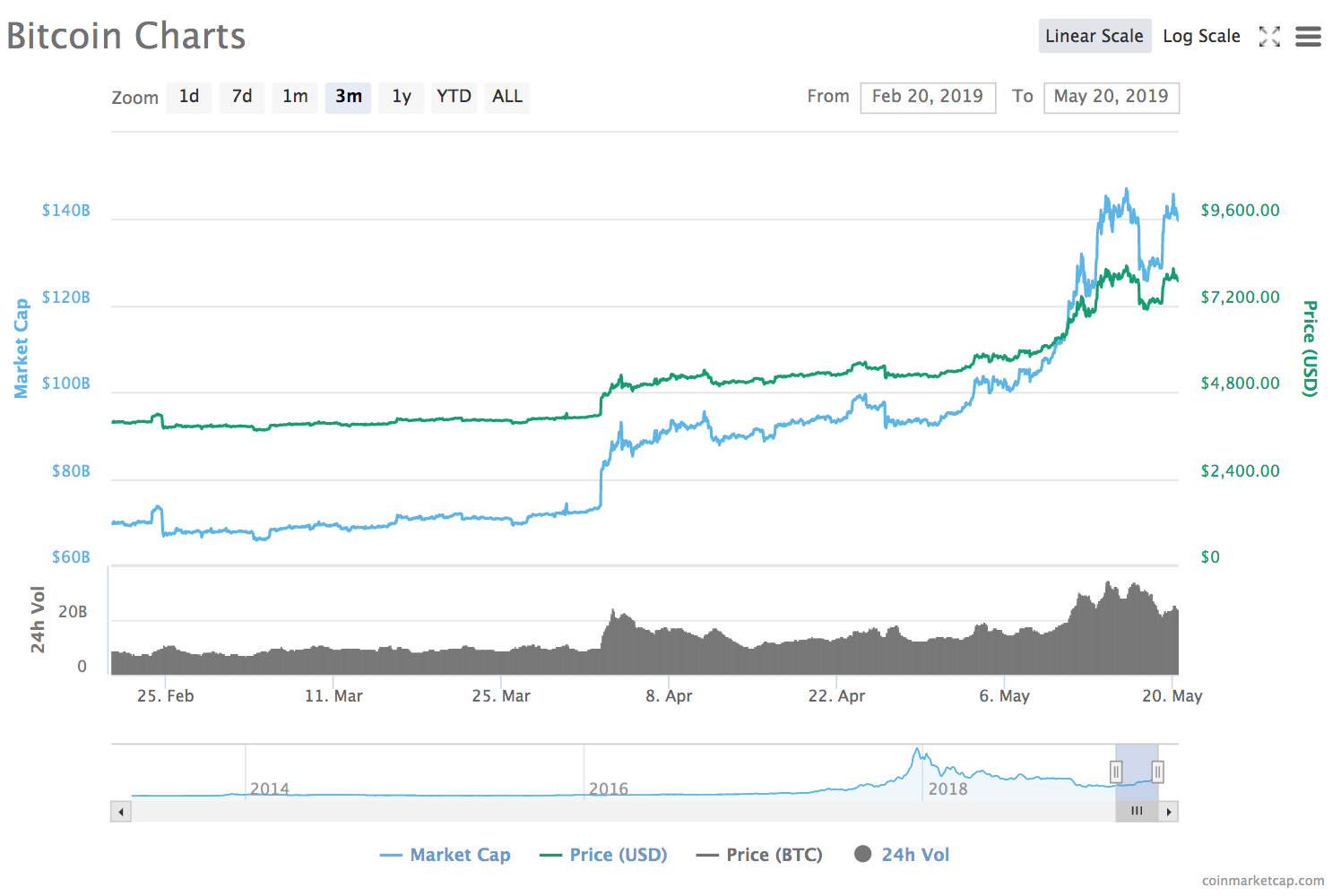 Bitcoin’s 3-month chart, Feb. 20 — May 20 2019. Source: CoinMarketCap
In an apparent qualification of their analysis, JPMorgan’s strategist are cited by Bloomberg as having noted that:

“Defining an intrinsic or fair value for any cryptocurrency is clearly challenging. Indeed, views range from some researchers arguing that it has no fundamental value, to others estimating fair values well in excess of current prices.”