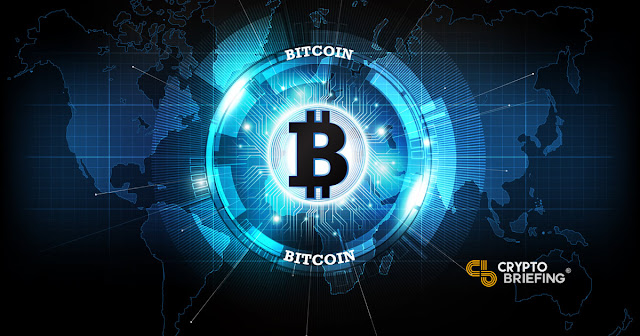 just in emerging economies, but also in countries as steeped in tradition as the United Kingdom.

As we wrap up our coverage of Consensus, we felt it would be worth reminding readers how close we may be to a fundamental change in the world’s measurement of value.

Decimalisation: A Playbook For Bitcoin?
Decimalisation was a comprehensive change to the entire British monetary system from ancient Roman increments to the modern decimal system — it’s a clear example we can pluck from pages of the past. This historic transition shows that there is, indeed, a way forward for such a change.

If you live in the UK and you’re old enough, you might recall when a shilling was worth 12 pennies, or that 20 shillings added together gave you a single British pound. A farthing? Well, that was a quarter of a penny, of course!

This series of strangely arbitrary relationships carried on through centuries of monetary exchange, but was quickly replaced with today’s decimal values in a decisive moment in February, 1971.

Following the government decree, citizens faced a massive and sudden shift toward a modern monetary system. From that point on, a pound would be exchanged for 100 pence instead of 20 shillings. British money was decimalised; changed into multiples of tens and hundreds. New coins would be introduced to replace the old, and businesses would have to adjust. Quickly.

Upon hearing of the order, fear and anxiety seized merchants of the day. All signs, posters, and advertisements would need adjusting. Price tags, accounts, payrolls, and other paper records required a complete revamp. Even cash registers would need to be replaced with new decimal-compatible systems. Staff — and patrons — would need retraining with the new money. A seemingly insurmountable sum of tiny changes piled up to create a sense of onerous burden.

And that was just in one simple greengrocer’s shop.

Resistance to… well, change.
Yet, other than a few embattled remnants like the sixpence, the change happened relatively rapidly. The new easy-to-count money transitioned into everyday convention throughout the nation in surprisingly short order. People accepted it, adjusted to it, and promptly moved on.

Gen X’ers born in the early 1960’s may have childhood memories of shillings and farthings, but today’s Millennials have no recollection of the previous paradigm.

We may have become accustomed to the current system of assigning value to assets, goods, and services with currencies like the British pound, the euro, and the American dollar as our economic measuring sticks. Yet a global currency that is not subject to the whims and failures of any particular national economy would do a far better job.

Bitcoin and its smallest increment, the satoshi — a one hundred millionth of a single Bitcoin, or 0.00000001 BTC — could be a superior monetary standard.

In countries with currencies that are not experiencing instability or hyperinflation, it might seem a little silly to turn to satoshis as the standard. This is not the case, however, in places where yesterday’s wage can not buy today’s loaf of bread. The Venezuelan bolivar, the example du jour of a fiat currency gone bad, is a terrible standard for measuring value, diminishing in buying power on a day-to-day basis.

It turns out that Bitcoin’s perceived volatile characteristics are relative to the economies within which the observer participates.

It is in these uncertain regions — and there are many around the globe — that this satisfaction, much like the decimalisation of money, could begin.

These economies could be satisfied; relieved of the troubles of unreliable and corrupt fiat money. Where money like the bolivar has no reliable objective value, citizens may indeed be better off thinking in satoshis:

A bottle of water? 10,000 satoshis please.
Groceries for the week?  That’s 300,000 satoshis, sir.
Rent for the month? That will be 3,000,000 sats, miss.
Satisfaction Comes From Below…
The change will not be imposed on citizens through a government edict or a parliamentary declaration this time. Far from it. For the time being at least, governments will continue to print their continuously inflating currencies, saddling citizens with ever-growing debt and uncertainty.

Only an organic and decentralised shift, brought about via free market consensus and a rejection of artificially-controlled money, could give rise to this transition. This process, satisfaction, could heal the economic wounds of a world suffering from increasing economic inequity, with satoshis as the salve.

Like the process of decimalisation that took place in the UK in 1971, or the conversion from imperial to metric measurement that spread all over the world, this new monetary paradigm would take some getting used to.

Still, it is a far more objective measure of value than a paper currency that is left discarded on the streets and weighed in stacks for the determination of its worth.

A Generation Born Into Transformative Tech
Few resist change more than those who have grown accustomed to the old way of doing things, especially if they stand to lose by allowing such a change.

Yet, few accept change more readily than those already born into the new age; digital natives.

Communication, that most basic of human capabilities, has been utterly transformed by the advent of cellphones.

The preservation of memory, that most basic of human tools for education, has been utterly transformed by the development of devices to store our memories for us.

For a decade, there have been those who understand the potential value of a decentralised, permissionless currency that is not subject to the whims and shortcomings of a central authority.

It might seem like an impossible task, but many such transformations have happened before – in our lifetimes.

Perhaps it is time for economies around the world to experience healing; to find their satisfaction.

I’ll bet you ten sats it will be within a decade.

The Crypto Bubble Hasn’t Burst Yet…

‘The bubble will burst’ seems to be something that we hear a lot in the crypto world, however when exactly is that going to happen? The recent bitcoin price surge suggests why it hasn’t burst yet. Bitcoin recently surpassed the $8,000 mark, and sparked excitement between crypto holders over a new bull market. Despite this, Bitcoin is […]