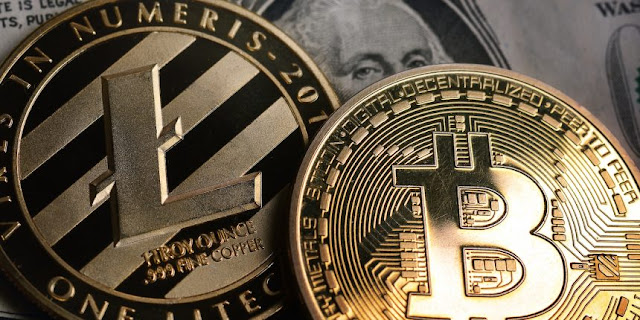 Bitcoin’s (BTC) ascent continues with prices hitting new multi-month highs earlier today, and other top cryptocurrencies may soon join the party.
Bitcoin violated the resistance zone of $6,055–$6,100 with a UTC close at $6,156 on Thursday and reached a six-month high of $6,336 on Bitstamp at 07:40 UTC today.
Prices have now hit multi-month highs on three consecutive days – a sign of strong bullish sentiment. With every move higher, both the short- and long-term bull cases presented by several technical indicators over the last few weeks have gained strength.
BTC, therefore, appears on track to test the 100-week price average, currently at $6,506 – a level that last came into play last November.
As of writing, the cryptocurrency is changing hands at $6,260 on Bitstamp, representing a 3.45 percent gain on a 24-hour basis.

BTC continues to establish bullish higher highs and higher lows on the daily chart (above left) with key moving averages trending north.
The relative strength index (RSI) is reporting overbought conditions with above-70 reading. That signal, however, would gain credence if and when the momentum starts weakening. As of writing, the bulls are showing no signs of exhaustion.
Further, the weekly RSI (above right) is currently printing the strongest bullish signal in over 15 months.

While bitcoin has doubled in value over the last six weeks, altcoins have underperformed big time, as indicated by the massive depreciation of their BTC-denominated exchange rates.
The numbers indicate a lack of interest in altcoins despite BTC’s confirmation of the long-term bullish reversal on April 2.
The battered altcoins, however, could soon find some love, as their combined market capitalization seems to have charted a bullish technical pattern.

The bull flag seen in the above chart is a continuation pattern that often ends up accelerating the preceding rally.
A convincing break above the upper edge of the flag, currently at $73.65 billion, would confirm a flag breakout and signal a continuation of the rise from lows near $45 billion seen in February.
A flag breakout, if confirmed, could be considered a sign the much-anticipated altcoin rally has begun. As of writing, the total altcoin market cap is seen at $72 billion.
Among the major altcoins, litecoin (LTC) could shine bright, as its mining reward halving is due in less than 90 days.
The process aimed at curbing inflation by reducing mining rewards by half every four years tends to puta strong bid under the cryptocurrency for months in advance, according to historical data.

Litecoin’s channel breakout indicates the path of least resistance is to the higher side. Prices, therefore, could rise above $100 ahead of the reward halving event.

Friday, May 10 — bitcoin (BTC) has seen another rally today, having surged above the $6,300 price mark and hit market dominance records from December 2017, according to data from CoinMarketCap. The major cryptocurrency is seeing the biggest gains out of the top 20 coins by market cap, up 4.4% over the past 24 hours at press time, while the rest […]

The U.S. Senate Banking Committee is clearly concerned about Facebook’s new cryptocurrency project and how it is treating individuals’ financial information. The banking committee wrote an open letter to Facebook founder and CEO Mark Zuckerberg Thursday, asking him to share details about its secret cryptocurrency project, with a particular focus on consumer privacy. “Last year, Facebook asked U.S. […]

NEWS The Ethereum Foundation is planning to spend $30 million on different projects across the ecosystem over the next 12 months, the company’s executive director Aya Miyaguchi revealed at the ConsenSys’ Ethereal Summit on May 10. In the course of the next year, the Foundation is going to allocate funds for improvement of Ethereum’s performance and security, […]