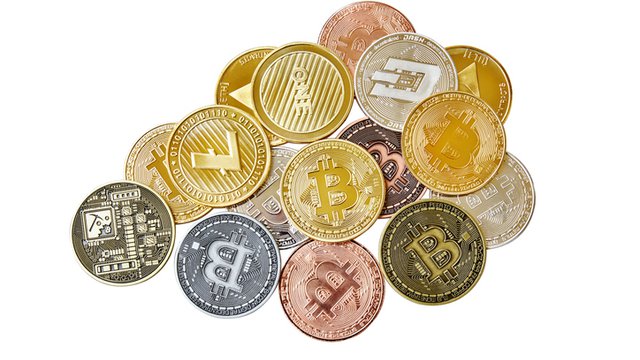 Are digital tokens issued by blockchain companies securities under U.S. law? Much of the industry, including several prominent law firms, has taken the position that they are not. The Securities and Exchange Commission (SEC) has consistently stated that many or even most are securities.
It recently issued a framework that laid out a host of criteria that will guide the agency’s analysis.  With the framework and its first blockchain no-action letter, the SEC has now articulated three scenarios where a digital token may not be a security: 1) if the token is merely a store of value like bitcoin; 2) pursuant to its no action letter, if the token exists in essentially a closed system designed for consumptive use only and has a fixed value pegged to the dollar; or 3) where the “efforts of others” prong from the Howey test is not met. The framework focuses mostly on the third case.
We will review the framework, and suggest a way to strengthen the SEC’s standard to clarify how a digital token could transition to a non-security, even if it is initially issued as a security. We believe that if a clear and workable regime is not adopted soon, the United States risks being left behind in the race to unlock blockchain’s transformative potential.

What constitutes a security?

The Supreme Court considered how to define a security in 1946 in SEC vs. Howey. There, hotel guests were given the chance to purchase strips of an orange grove after the hotel’s owners entered into a bundle of contracts granting the guests a right to profits from the processing of the oranges through the owners’ managerial efforts.
The Court determined that the hotel guests were investing in a security, holding that a security is not defined by what the issuer happens to call it, but rather by the facts and circumstances surrounding the transaction.  The Court’s test of a security is to ask whether there is 1) an investment of money into 2) a common enterprise with 3) an expectation of profit on behalf of the investors (the hotel guests) 4) from the efforts of the promoters (the hotel owners).

Until now, Howey has been the North Star, as neither Congress nor the SEC has made any definitive law on the topic. But on April 4, the SEC’s Strategic Hub for Innovation and Financial Technology (FinHub) issued the aforementioned framework, the Commission’s most comprehensive guidance to date. To be sure, the framework does not constitute binding authority. But it is full of indicators of how, at least conceptually, the Commission is considering the question of whether to regulate cryptocurrencies as securities.
The SEC predictably stayed within the Howey model. The framework dispenses with the first two prongs, arguing that in any initial coin offering, there is an investment of money and a common enterprise. The key inquiry becomes whether there was a reasonable expectation of profit that is derived from the efforts of others.
The SEC emphasizes that this is an objective inquiry, focused on several characteristics to determine whether there was an expectation of profit. The first issue is whether there is reliance on the efforts of others. Key questions are:
All of these questions answered in the affirmative would be further indication that the promoters or issuers are taking an active role and not leaving the fate of the token to a decentralized network, leading to the conclusion that the asset or token is a security.

Embedded in FinHub’s framework is the rather explicit admission that it is possible for a digital token to be so widely employed on a decentralized blockchain solution that the token itself no longer derives its value from the efforts of the original issuer. The inherent logic is that there must come a point where a digital token that may have started out as a security ceases to be a security. But despite the lengthy discussion of how to determine if a token is a security, the SEC’s framework is inadequate in identifying what is necessary to make that transition.
The standard we propose to determine when this change takes place is as follows:  when a digital token has substantial value created by something or someone other than the issuer, and where that value is independently sustainable, the token ceases to be a security and becomes a commodity.
Why substantial? We do not believe it would be practical for a court to determine when, say, a majority of a digital token’s value derives from the efforts of the issuer. Substantial allows for an important determination, but one that is not formalistic. As time goes by and the standard is applied, more definitive indicators of value will emerge.
Why sustainable? If the efforts of the entrepreneur were to be withdrawn from the blockchain solution, and without such effort the value at whatever level currently would disappear, then the token is still dependent upon the efforts of the issuer, even if the value of the token would be substantial without the entrepreneurs present. We believe both elements —substantial and sustainable —should be present for the efforts of others prong of Howey to fail and a digital token to become a commodity.

Sunday, May 12 — most of the top 20 cryptocurrencies are reporting moderate losses on the day by press time, as bitcoin (BTC) holds over the $7,000 mark. Market visualization courtesy of Coin360 Bitcoin is down about 1.5 percent on the day, trading at $7,040 at press time, according to CoinMarketCap. Still, BTC is also over six percent down from its […]

Charlie Munger, billionaire investor and vice chairman of American holding conglomerate Berkshire Hathaway, again criticized bitcoin (BTC), financial markets-focused news outlet Markets Insider reported on May 4. Munger — who was invited to an event by an unnamed digital currency investment group, but did not attend it — stated that bitcoin investors “celebrate the life and work of Judas […]