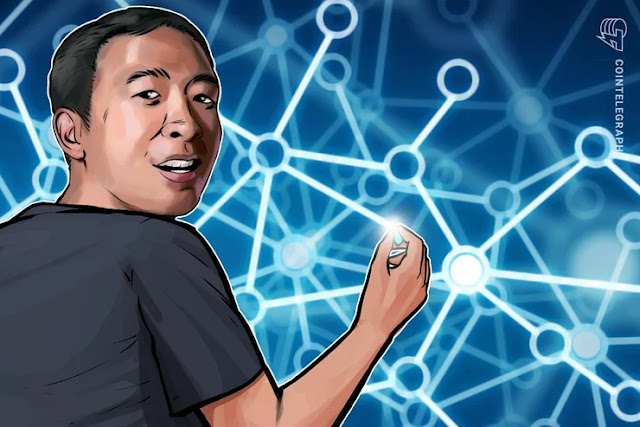 American entrepreneur and Democratic 2020 presidential candidate Andrew Yang has said that blockchain should be a big part of the United States’ future, Bloomberg reported on May 15.
Speaking at the Consensus conference in New York, Yang — who is well known for his progressive pro-universal basic income stance — reportedly stated that:

“I believe that blockchain needs to be a big part of our future. If I’m in the White House, oh boy are we going to have some fun in terms of the crypto currency community.”

A challenger candidate who has recently revealed he crossed the Democratic National Committee’s threshold of 65,000 donors to participate in the first candidate debates, Yang is also the founder of Venture For America (VFA) — a non-profit accelerator for start-ups for emerging cities.
In April, he published a national framework for digital assets regulation as part of his presidential campaign, and has advocated for more clarity in regard to the overlapping jurisdictions of federal regulatory agencies.
In an interview with Bloomberg during the conference, Yang reportedly stated that he would base his consumer protection digital asset framework loosely upon existing securities laws, adding that:

“We just need to provide rules of the road. We need to figure out which agency is going to be interacting with individual currencies. It would be unfortunate if every time a new currency comes out we then have to decide which framework applies.”

Ripple Exec: Blockchain, Crypto Will Have a Role in US Tech Independence

Technology needs to be a national issue for the United States, with digital currencies and blockchain to be recognized within that goal, according to Ripples’ Director of Regulatory Relations Ryan Zagone, at the Consensus 2019 conference on May 14. Zagone stated that technology needs to be a national security issue for the U.S. to ensure that the country […]